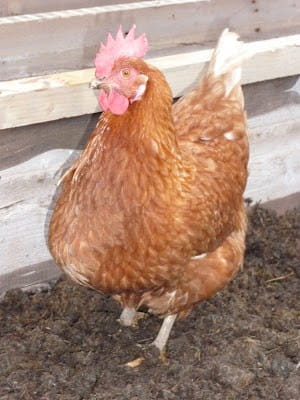 The first phase of 5 raised beds took a bigger step forward this weekend with the final joinery and positions completed. Then followed the task of filling then wheeling lots (around 20 me thinks to fill the smallest bed) of barrows of well matured horse muck up the slope - Steve kept using the phrase 'the green gym' to keep me/us going! We popped a couple of hens into the first bed who worked diligently to create a finer till, the rest of the hens soon joined them in a frenzy to grab a few worms from the thousands wriggling in the muck. Later this week I'll be planting 3 blackcurrant bushes (Ben Lomond variety), 3 redcurrants (Jonkheer van Tets), 3 red gooseberrys (Red Dessert) and 3 green goosegogs ( Careless) in that particular bed. We'll also be putting a rabbit/hen proof wire around the perimeter to protect the crops. Next weekend will see a few more wheel barrows of muck shifting to fill the next beds 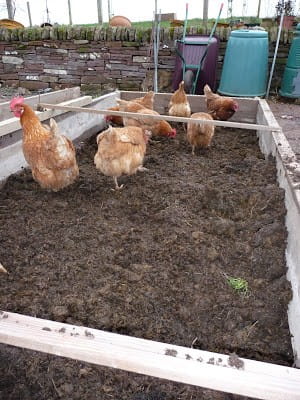 Quite a few lambs have already arrived but this weekend the children were around to witness the birth of triplets which was quite exciting. Initially they were engrossed but after number 2 arrived they got bored and wanted to go back to trampolining! Next weekend is the start of a busy lambing week with most of the remaining ewes due, so far there've been a couple every few days but the majority are still to deliver 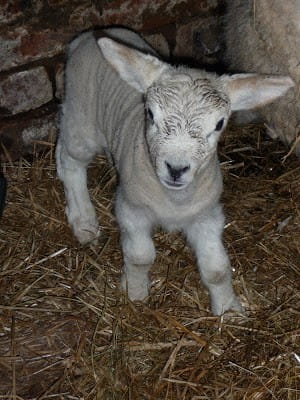 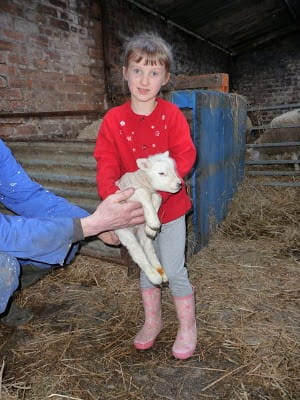 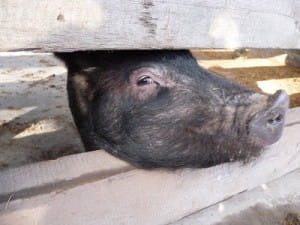