One week to go? 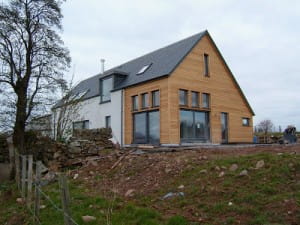 Just one person on site to day, Billy the tiler has given the slate floor its final coat of sealant (Lithofin) so its looking quite smart. He's also sealed the showers so we'll test those out this weekend, after some serious cleaning as its pretty thick with dust inside the house.
There has been no action on the replacement chimney which is a shame as it has a knock-on effect for reslating that part of the roof, finishing the joinery in terms of boxing out the area in the bedroom and painting thereafter. As the builder is away on holiday we'll need to do the chasing. We received an invoice from the architect yesterday which is quite amusing/bemusing as we haven't seen them for some time now.
We're at the stage where there are a lot of small things to finish off but its all going very slowly. We're still moving in to a couple of rooms next Friday come what may!!!! 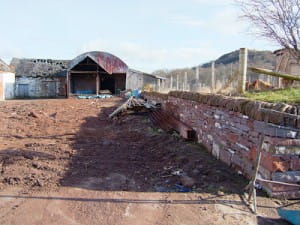 The cleared area where the huge dairy shed used to stand was originally going to be gravelled for car parking but we have realised how large this area is and how ridiculously expensive it would be to gravel. We really don't need such a big area just for vehicles so this is where we intend to start creating the raised beds for our veggies. We're going to use the remainder of the reclaimed roof joists from the original house (the 5m x 2m woodshed is utilising a few) to lay out the area and start filling it with last year's matured horse muck. We have presumed linear beds to follow the line of the wall but after seeing this evening's Gardener's World I quite fancy a more interesting layout, be that tr 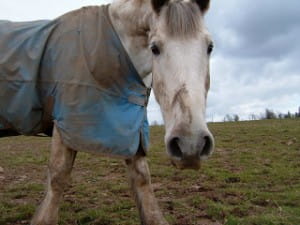 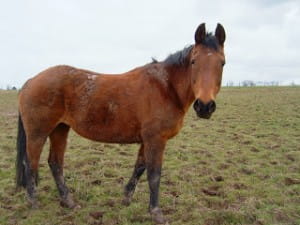 The on site compost producers...... our friends' horses Danny and Lily.