Proof of the pudding... 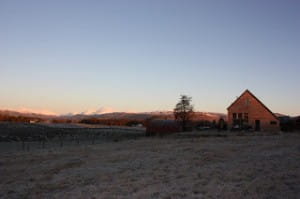 It's December, and time I blogged again. The last seven months of occupancy have been intense at ECF, not only with moving in but also just catching up with 'normal' family and work life. Despite the festive season being just round the corner, we at least feel we're getting there!

On the energy front, seven months of occupancy means we've got some data on energy consumption to compare with what we specified and predicted...and the results are quite a relief!

The bottom line is that we're using 25% less energy than we expected; and that's in a house already designed to use less than a quarter of the energy of the average new housing stock. In general hot water and space heating energy use are on target, although these account for less than half of our predicted energy use. The big savings have thus been made in other energy use, namely lighting and appliances. In particular the use of LED and CFL light fittings, coupled with A and A+ energy rated kitchen appliances has paid dividends.

Whilst in most houses heating and hot water use accounts for up 80% of domestic energy demand, our experience just shows that real savings can be made with little effort by replacing lighting and appliances (when worn out of course!) with more energy efficient equivalents.

Catching up with our crops 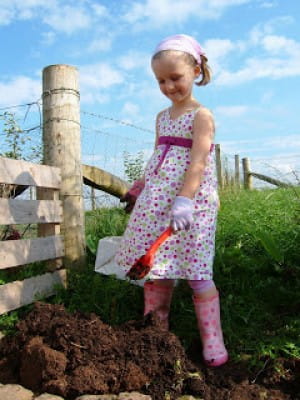 Its a funny thing - as with conversations with friends when you haven't written your blog for ages you just don't know where to start..."what have you been up to?"..."ooh not much really, y'know just the usual".

So despite it being December here's a harvesting the potatoes photo. We had great success with the red Desiree and will still be enjoying those 'til well into the New Year, they taste good, were quite prolific here and very few had any sort of damage or rot of any kind. The Kerrs Pink were tasty but much more prone to damage and much less hardy, as you might expect really. In late Spring I was given some diddy wee broccolli seedlings, planted them very late and just stuffed them between flowering plants as I hadn't prepared a proper bed, haven't a clue what type they were but they turned out just grand. The peas we planted just got lost or nibbled to the extent there was no crop to speak of this time. The apple trees were fairly sparse in production but thats neither a surprise nor a worry. The Golden Spire which is an old Lancastrian cooker, also well suited to cider production, did quite well and produced large firm fruit which tasted delicious in crumbles etc. The Ribston Pippin and the Thorle Pippin both produced some small eaters but they were a bit on the sharp side, presumably because the sunshine wasn't abundant in the middle summer months. I've just been mugging up on pruning the trees which is a good winter task.